Mildred Esther Mathias was born on September 19, 1906, in Sappington, Missouri, then a rural truck farming area just south of St. Louis. Her father, Oliver John Mathias, was a teacher, and the family moved around eastern Missouri, to Cape Girardeau, Ste. Genevieve, Festus, and Desloge, as Mildred was growing up. She showed an early interest in nature and gardening and a love to learn. In Desloge, where her father was school superintendent, Mildred graduated from high school in the class of 1923 and presented the valedictory address. Remarkably, while still a senior in high school, she was the first student to enroll at the nearby, newly established Junior College of Flat River; each day Mildred attended her high school typing class at 7:00 a.m. before catching a train to college. That intensity to learn never changed.Mildred transferred to the State Teachers College in Cape Girardeau, and then registered in fall, 1923, at Washington University in St. Louis. Her family relocated to St. Louis so that Mildred could live at home while attending WU. There Mildred majored in mathematics until her junior year, but switched to botany when classes for her major were unavailable, and when the Dean of Engineering would not give permission to a woman to take a math course in his male-only college. Fortunately, Mildred was soon hooked on botany, and at Washington University earned the A.B. (1926), M.A. (1927) and Ph.D. (1929) while conducting her graduate research at the Missouri Botanical Garden.

For her doctoral dissertation, Mildred Mathias, at the age of 22, produced a very fine taxonomic monograph on Cymopterus and relatives of the carrot family (Umbelliferae). New World umbellifer genera and species then were poorly defined-and she was set to change all that. During the summer of 1929, Mildred, in her Model T Ford, which she could repair herself, and with two female companions, traveled across the western United States to visit numerous populations and type localities of Umbelliferae. After marrying Gerald L. Hassler, a Ph.D. in physics, in Philadelphia on August 30, 1930, Mildred carried on independent research on the umbellifers during various research appointments, often without pay. In 1939, Dr. Lincoln Constance at the University of California, Berkeley, joined in the study, and from 1940 to 1981 they published together more than 60 scientific papers on Umbelliferae of the New World, including descriptions of about 100 new species, hundreds of new combinations, and several new genera. In 1954, an umbellifer from northeastern Mexico was named as the genus Mathiasella in her honor. Her expertise on umbellifers earned her early international recognition in taxonomy, and in 1964 she was elected as the first woman president of the American Society of Plant Taxonomists.

In 1944, the Hasslers permanently settled in southern California. Mildred, now mother of four, was pleased to accept a staff position at UCLA in fall, 1947, as herbarium botanist, under the supervision of Professor Carl Epling. In 1951, that position was elevated to lecturer, so that her talents could be utilized to teach plant taxonomy, and four years later Dr. Mathias was appointed as assistant professor in the Department of Botany, one of very few women who then held a faculty position at UCLA, and vice chair of the department. As a “young” assistant professor, she took her first trip outside the U.S. in 1958, to Baja California, with an energetic UCLA botany graduate student named Peter H. Raven.

1951 was the year that Mildred Mathias published her first articles on California horticulture. She with several other horticulturists began introducing nurseries and gardeners to a diverse palette of botanically interesting and nonconventional subtropical plants that would thrive in coastal and desert southern California. The quality of landscape planting in Los Angeles improved immensely thereafter, and the UCLA campus was converted into an arboretum of exotic trees. She published and spoke often on the importance of correct scientific identification and nomenclature of horticultural materials, and her educational exhibits at garden shows won awards.

In 1956, Mildred Mathias was appointed director of the Botanical Garden, and served as such until retirement in 1974, providing tireless service to horticultural organizations in California and around the world, as well as generating a huge following of landscapers and amateur gardeners plus admiration from public and private gardens throughout the world. Included in her credits was co-starring with Dr. William Stewart in a weekly gardening show “The Wonderful World of Ornamentals” on NBC television from 1962 to 1964, and she published dozens of useful book reviews in popular magazines.

Her professional career took a major turn from 1959 to 1964, when Mathias joined Dermot Taylor, Chair of Pharmacology at UCLA, to collect and screen plants of tropical forests for new medicines. She made expeditions to Amazonian Peru and Ecuador, Tanganyika, and Zanzibar,  and was able to learn about drug plants from native herbalists and medicine men. This was when the field of ethnopharmacology was in its infancy. Her pioneering efforts in the tropics earned the great admiration of her colleagues and led to her selection as UCLA Medical Auxiliary Woman of Science Award (1963), and weighed heavily in selecting Mildred Mathias as one of twelve Women of the Year (1964) by the Los Angeles Times. UCLA Chancellor Franklin D. Murphy called her “one of the great ladies of this campus.”

Since her early research days, Mildred Mathias appreciated natural areas in California, and that interest grew at UCLA. Her earliest successful conservation effort (1957) helped to establish Rancho Las Tunas in San Gabriel as a state park. She used her influence to save historic oaks, and assumed leadership in the southern California chapter of The Nature Conservancy. For such local achievements, she received the Merit Award of the California Conservation Council (1962) and The Nature Conservancy National Award (1964). During the early 1960s Mildred Mathias, with several other professors, worked diligently to establish the UC Natural Land and Water Reserves System, now called the Natural Reserve System, whereby important parcels of undisturbed California habitats could be acquired and managed by UC for university teaching and research. These visionaries helped this to become a national model for conserving natural ecosystems. She was great at taking people on hikes through natural areas and converting them to the cause, and a personal achievement was her conservation effort on Santa Cruz Island, California. Mildred served as Chair of the university-wide advisory committee for 22 years, and along the way held many other positions of leadership on advisory boards for other conservation programs.

In 1963, Mildred Mathias was speaking critically about careless destruction of tropical forests, which are where “many promising drugs from plants are being lost for all time.” She turned to the tropics, and became a major conservation voice in the establishment of the Organization for Tropical Studies, formed to obtain protected field sites for conducting scientific research in the tropics. For her dedication, Mildred Mathias was chosen as president of OTS from 1969 to 1970, and was a critical leader during its first ten years of existence, when funding was very precarious. She was the motivator to incorporate botanical gardens of Costa Rica in the master plan for OTS, and helped to formalize Las Cruces Biological Station.

Beginning in the mid-1960s, demand for Mildred’s time increased dramatically as she willingly and enthusiastically served as an officer for or on advisory boards of numerous horticultural programs. She once wrote, “life is a series of intermittent meetings.” But from those long hours in board rooms and airplane cabins came many achievements in horticulture. Among awards, she received the American Horticultural Society Scientific Citation (1974), the Award of Merit by the American Association of Botanical Gardens and Arboreta (1976), the Liberty Hyde Bailey Medal (1980), awarded to an outstanding horticulturist who has made a contribution in the fields of research and education, the Medal of Honor from the Garden Club of America (1982), and the Charles Lawrence Hutchinson Medal of the Chicago Horticultural Society (1988). At UC her contributions were honored in 1979 by naming the Mildred E. Mathias Botanical Garden on the Westwood campus. She was also the first executive director of the Association of American Botanical Gardens and Arboreta (1977 to 1981), which under her watch created a certification program in horticulture that linked universities with hands-on training at a network of horticultural gardens.

Her career of botanical accomplishments led to her receiving the Botanical Society of America Merit Award in 1973 and being elected president in 1984. Similarly, her interests in ethnopharmacology were rewarded when in 1993 she was named Distinguished Economic Botanist by the Society of Economic Botany.

When she retired in 1974, UCLA Extension persuaded Mildred Mathias to lead a natural history trip to Costa Rica. At that time tours to Costa Rica were mostly limited to a stop in San José and a trip up the volcano, but she led the first group of amateurs into the field for an experience they would value forever. Thereafter, Mildred Mathias had a new career, tour guide for adult education, and her stamina in the field was respected and renowned. Annually she visited Costa Rica and the Peruvian Amazon, and she immersed her adult students in native culture as well as all aspects of tropical biology and geography. Such tours are now a major source of foreign money in the country, so-called “ecotourism”. La Selva Biological Station was a standard stop on her tours, and while visiting there Mildred entreated tropical biologists to give lectures to the adults on current research. Since 1974 she led 53 groups, with a thousand participants, to foreign natural areas, gardens, and musea to more than 30 countries. Her most recent tour, at the age of 88, was in November, 1994, to Chile, and before her death on February 16, 1995, resulting from a stroke suffered gardening at home in Westwood, she had scheduled group trips again to Costa Rica and the Amazon in 1995.

Many organizations-national, statewide, local, and campus–that now are very successful and important have credited Mildred Mathias as having played pivotal leadership roles in the early years. This is a major reason why she had such a huge and loyal following of admirers. Above that, she befriended all age groups, and welcomed anybody seeking knowledge from her. Mildred Mathias never lost purpose or direction, certainly never lost her enthusiasm and energy, and freely expressed her appreciation for humor in any situation. This very special person left a remarkable legacy of botanical and conservation achievements and a wide trail of friendships around the globe. 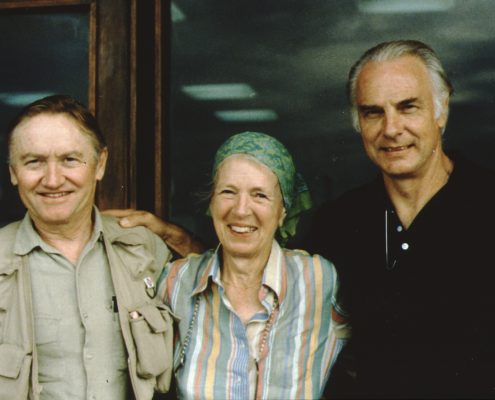 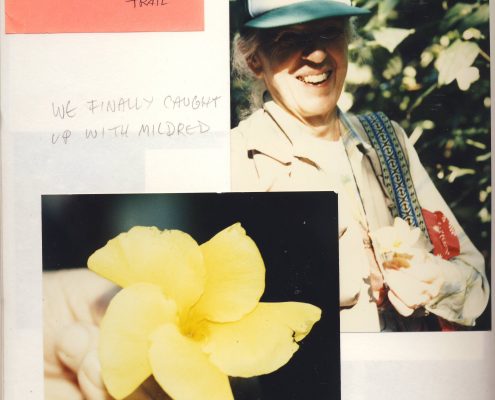 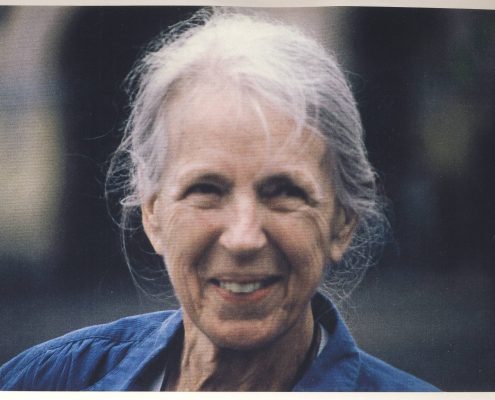 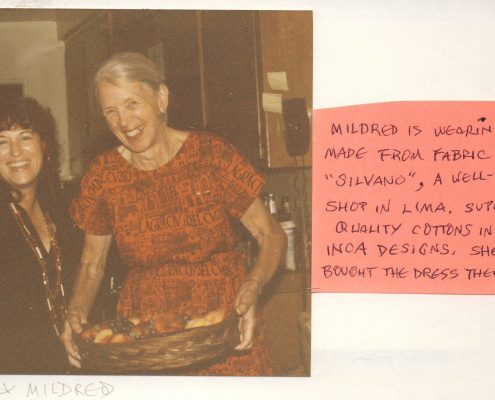 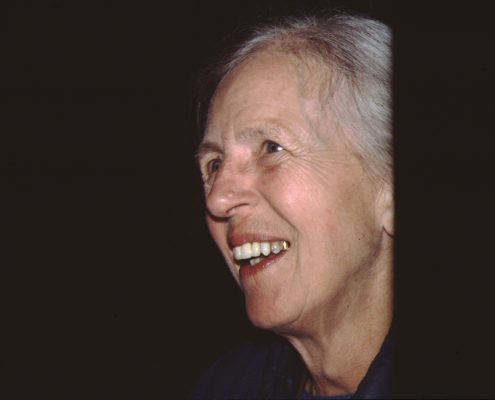 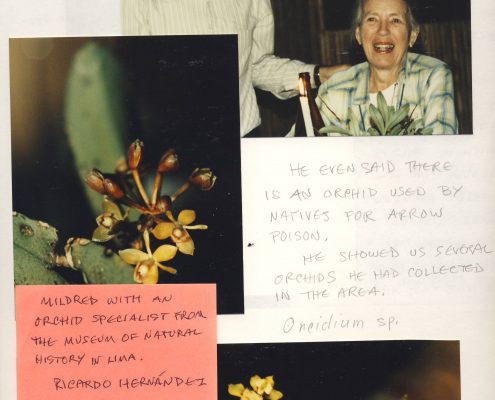 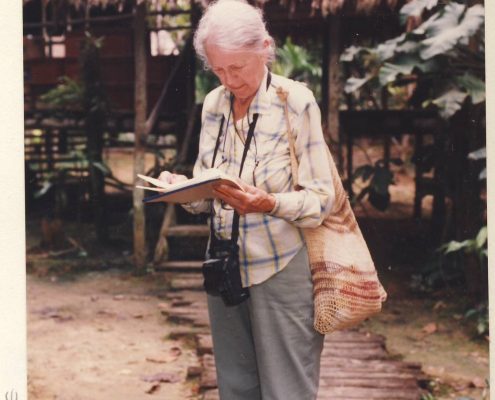 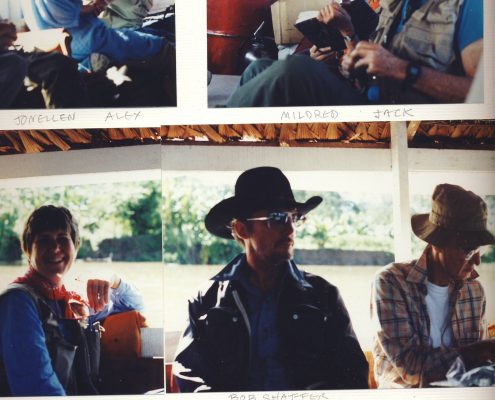 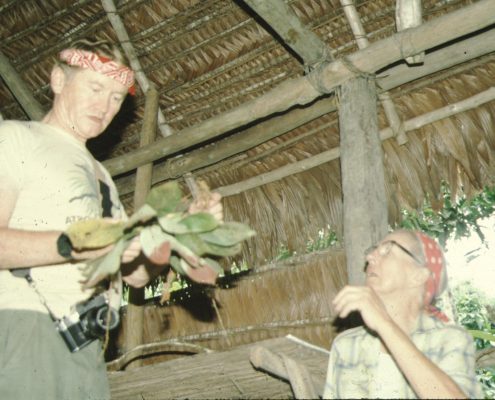 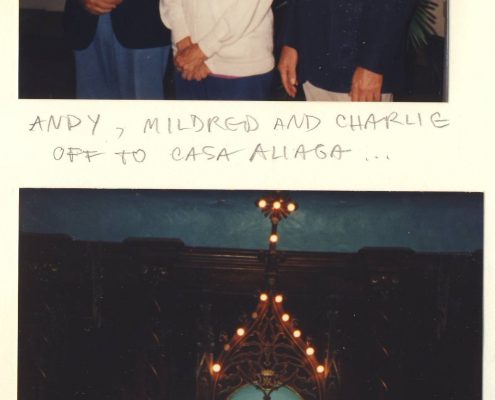 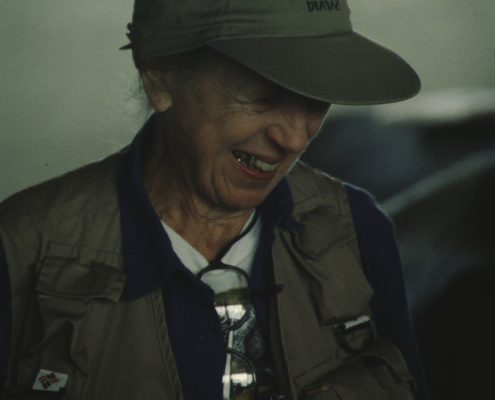 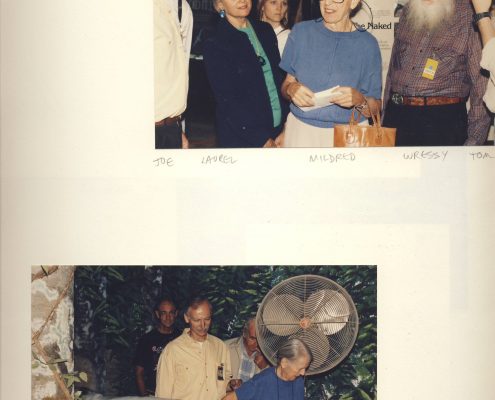 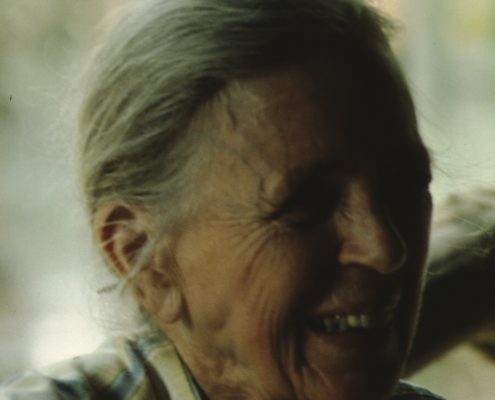 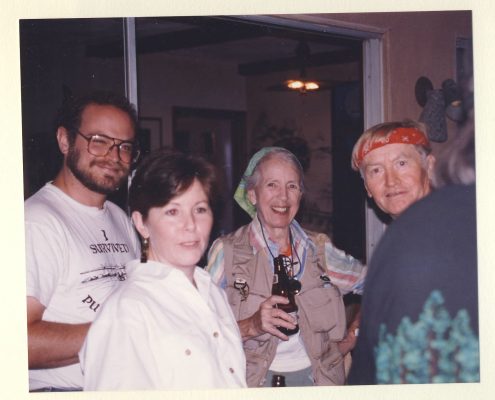 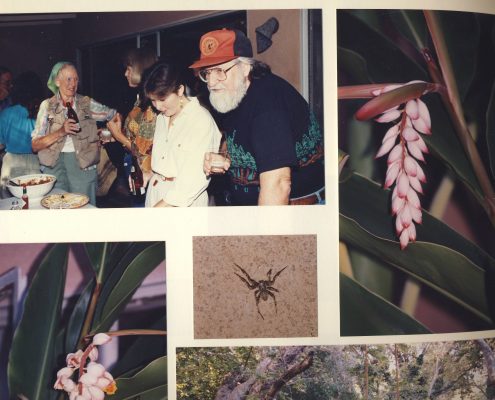 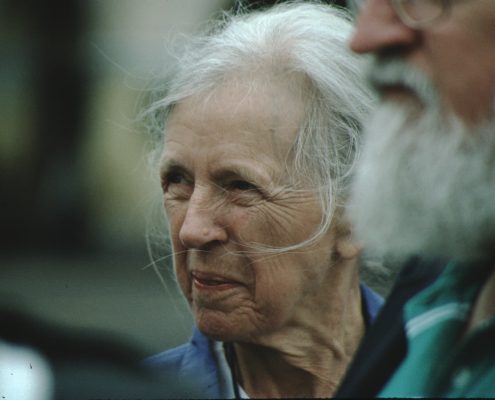 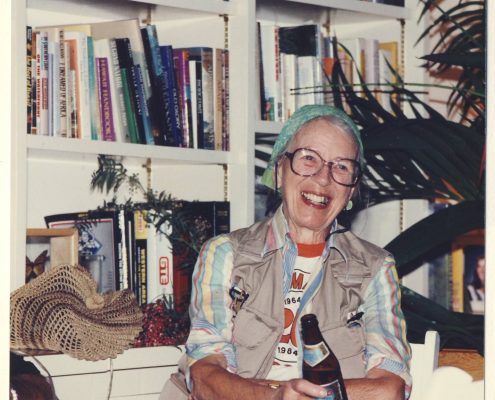 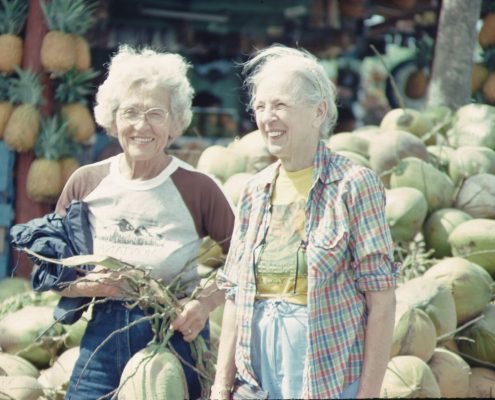 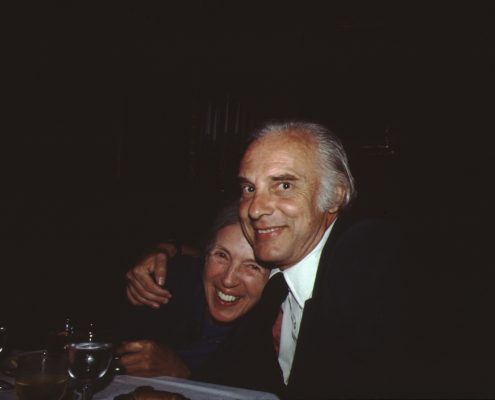 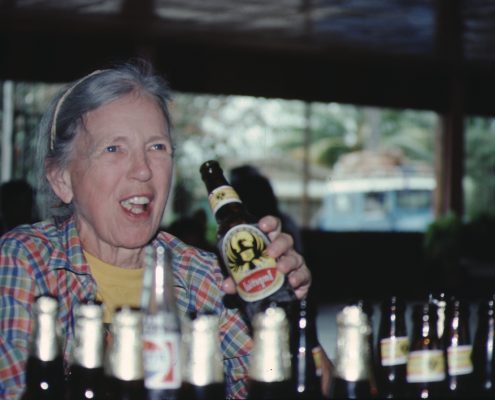 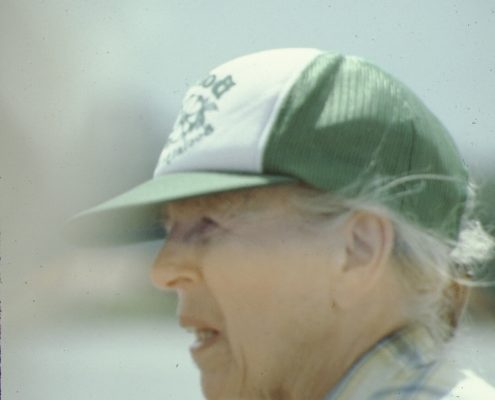 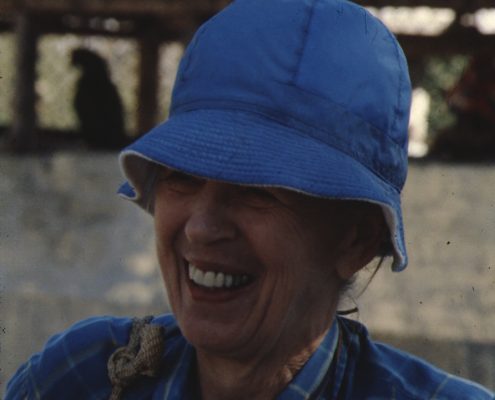 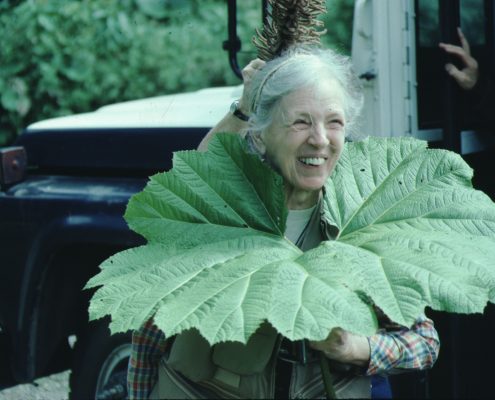 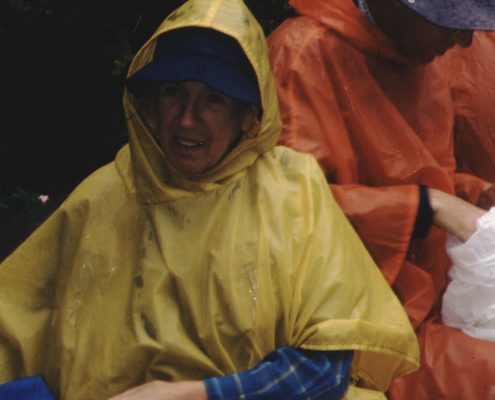 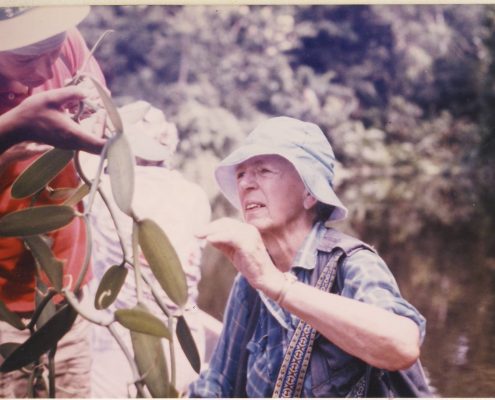 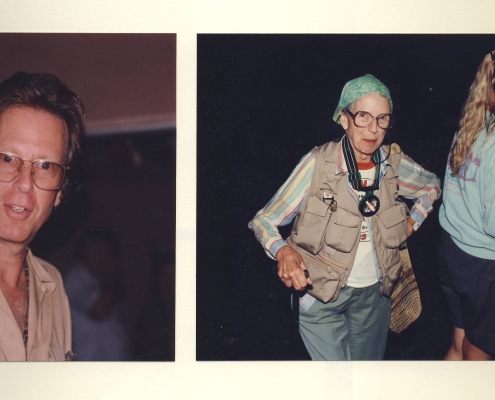 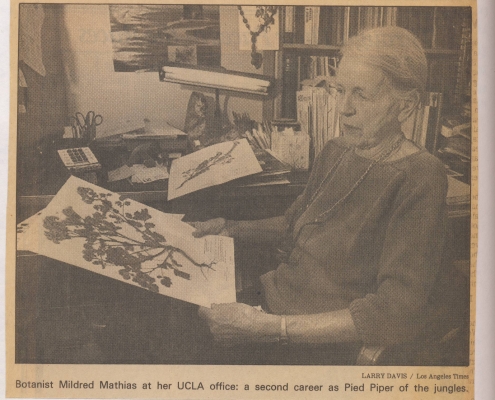 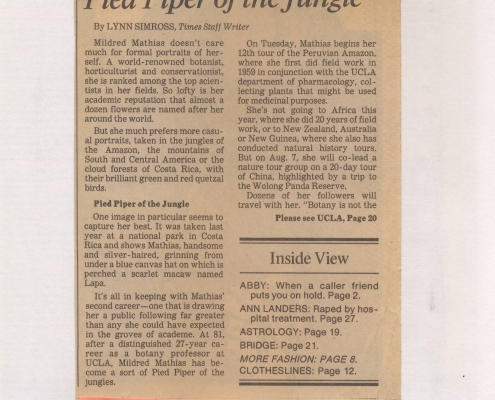 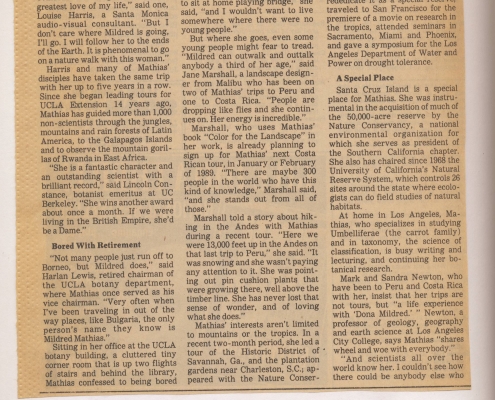 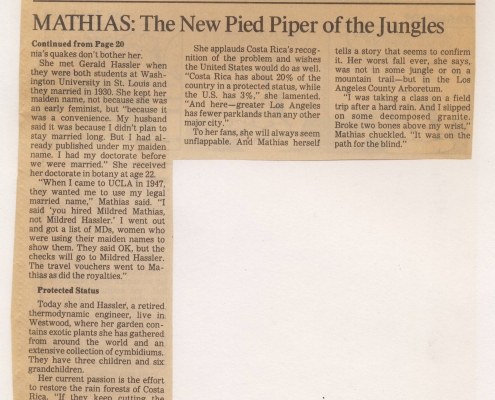