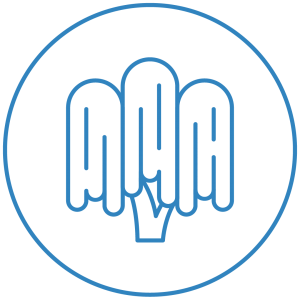 Subtropical regions encompass the area between the tropical regions at the equator and the temperate regions closer to the poles. They exist at latitudes between 23° and 35° to the north and south of the equator. Los Angeles lies in the northern reach of the subtropics, which allows plants from other subtropical areas of the world, like southern Africa and Australia, to survive here. Above you is a canopy of trees from subtropical regions around the world. Look at the plant labels on the trees–how many species can you find here from the Myrtaceae family?

The subtropics refer to the lands between the wet tropical and temperate latitudes, and are characterized by warm and humid conditions with seasonal rainfall. For the Western Hemisphere, subtropical woodlands occur in Mexico, Central America, and northern and central South America.  For the Eastern Hemisphere, subtropical woodlands are present in south and southeast Asia, central and southern Africa, and eastern Australia. These regions collectively are home to a remarkably diverse assemblage of tree species.

The Subtropical Woodlands collection here contains a variety of mature trees from various parts of the world. Due to its mild coastal Southern California climate, the Garden is able to grow many species not commonly seen in North American gardens. Some fine specimens are found in this area including our peppermint willow (Agonis flexuosa) from Australia and a very large Rock fig (Ficus petiolaris) from Mexico. This section also contains a variety of interesting and beautiful flowering shrubs such as the poison rope (Strophanthus speciosus) and ribbon bush (Hypoestes aristata), both from Africa. 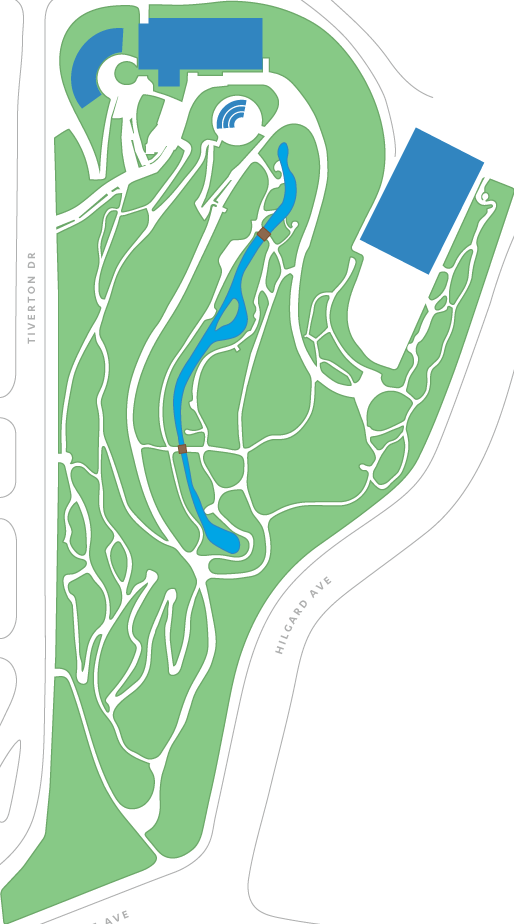 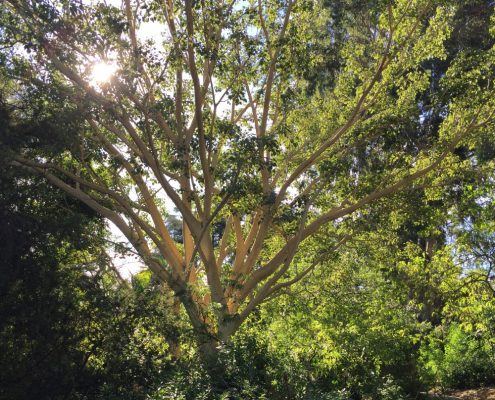 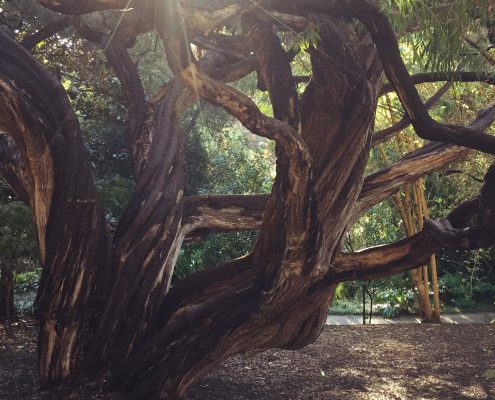 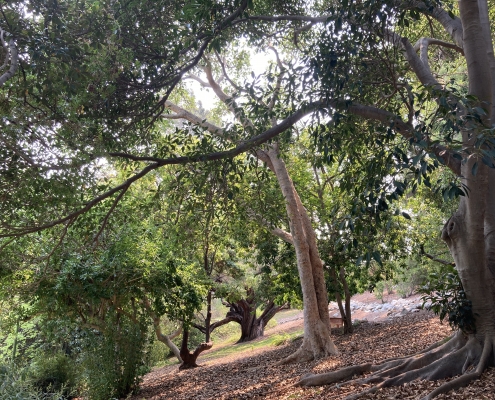